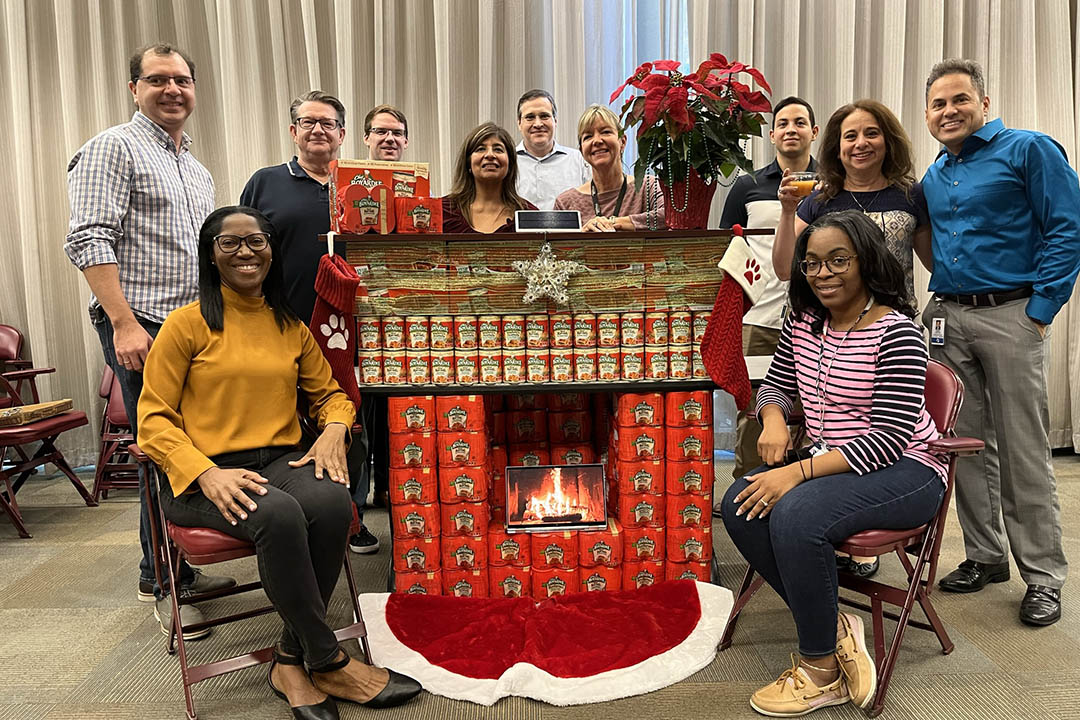 Judges selected the Regulatory Plant & Tax Accounting team's fireplace as the overall winner thanks to their attention to detail
and ability to incorporate an electric fireplace within their structure (with a solar panel included).

Giving back is nothing new to TECO team members. From service projects to donations, our team members have always found fun and creative ways to positively impact the community. That’s exactly what happened when Tampa Electric’s Finance team started collecting canned goods for Feeding Tampa Bay in 2017.

“Someone suggested a food drive,” said Sloan Lewis, Director of Regulatory Accounting for Tampa Electric. “Collecting cans just seemed too boring. I thought, ‘why don’t we build something out of the cans before we donate them?’"

Her idea clearly paid off. In typical accounting form, Sloan reported that her team raised 2,240 pounds of food (the equivalent to 1,867 meals) for Feeding Tampa Bay at this year’s can structure competition.

As impressive as those numbers are, Sloan also recognizes the positive impact this event has on the chemistry of her team. Although the Finance team continued raising money online for Feeding Tampa Bay during the pandemic, she believes it's a win-win to collaborate on efforts like this in person.

“We really get a lot out of doing charitable work for team building,” explained Sloan. “It's very rewarding to participate in events that help our community. The bonus is connecting with our peers and working together on a fun activity.

Don’t let the fun fool you; the competition is fierce, and the can sculptures have become more elaborate each year. Sixty team members, divided into seven teams, plus two judges, equals success.

“We are accountants, so it’s fun to see our creative side come out,” jokes Sloan.

One of her most memorable moments of the competition came as time was winding down.

“I felt so bad because the candle team finished their entire build,” said Sloan. “Someone went to add a final decoration with just minutes left and the whole thing crashed. Their team rebuilt the structure in the final five minutes!”

When all was said and done, the real payoff came when team members loaded their canned goods into a pickup truck and delivered them to Feeding Tampa Bay.

“We like that the food is donated directly to our community,” said Sloan. “Feeding Tampa Bay does such a great job of connecting a personal touch to let us know exactly who we are impacting.”

Thanks so much to our Finance team’s ability to carry the “Why” when it counts the most. 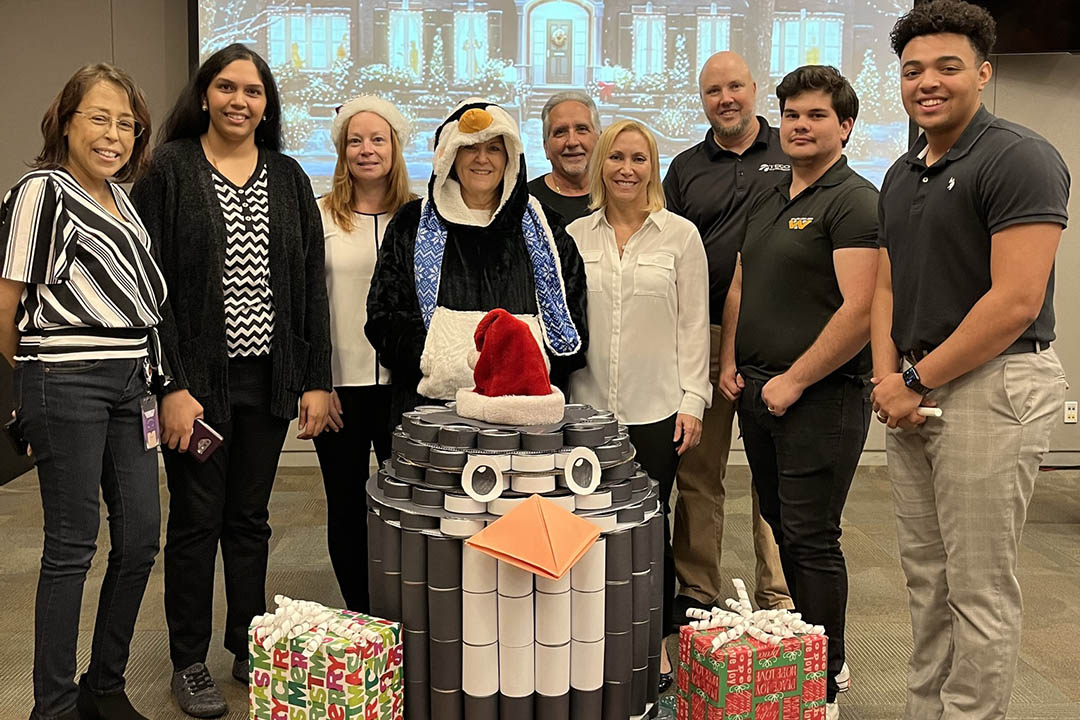 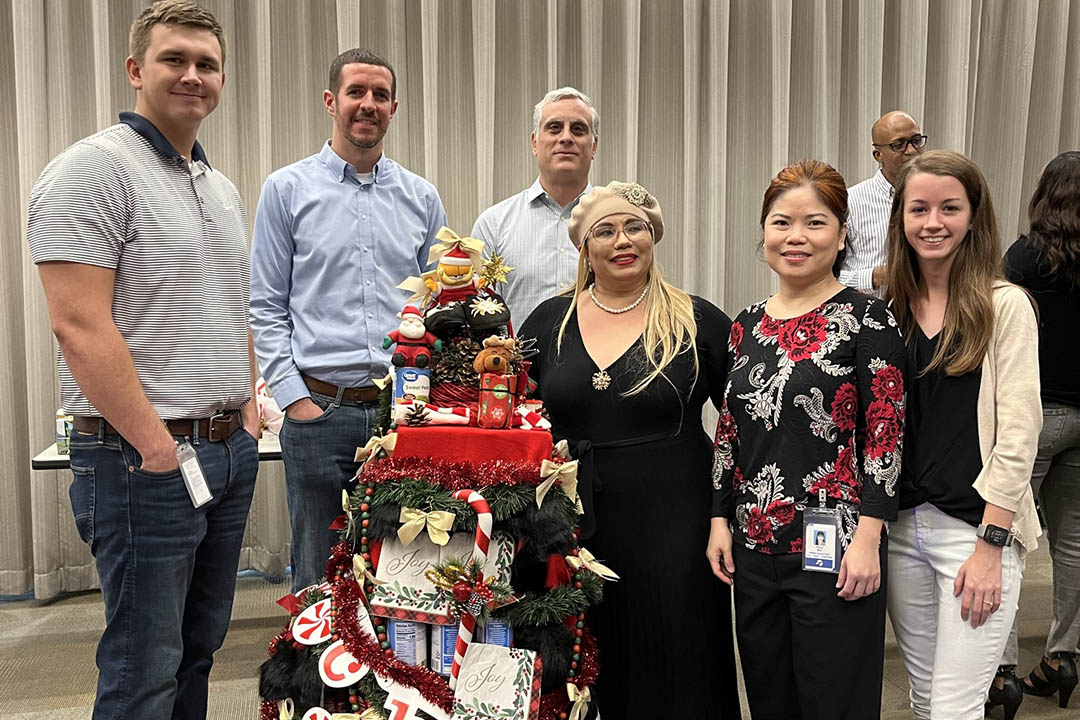 “Most Christmassy” was awarded to the Business Planning team who turned their canned goods into a festive Christmas tree. 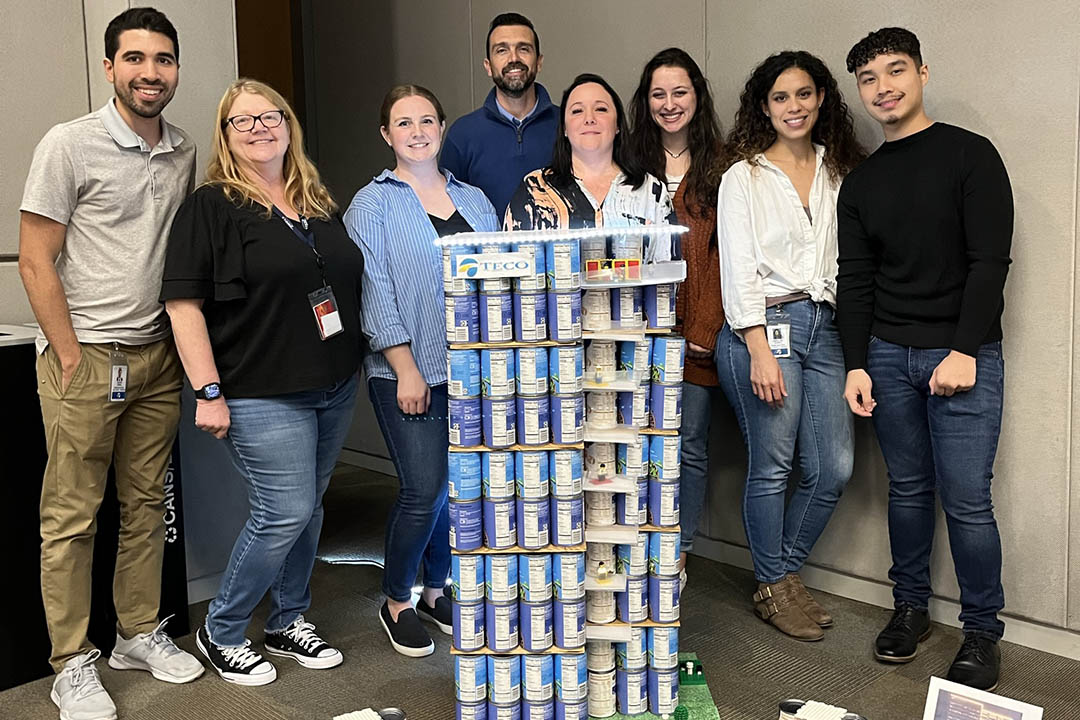 Honorable Mention went to the Utility Accounting & Reporting team who built a replica of our future new headquarters in Midtown. 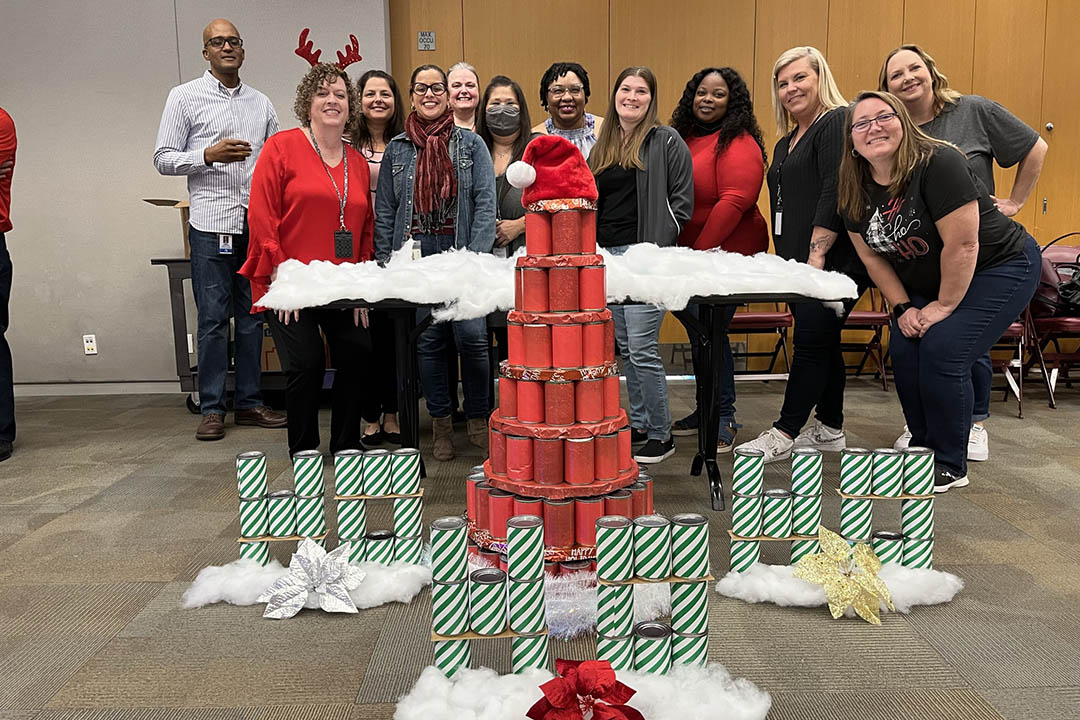 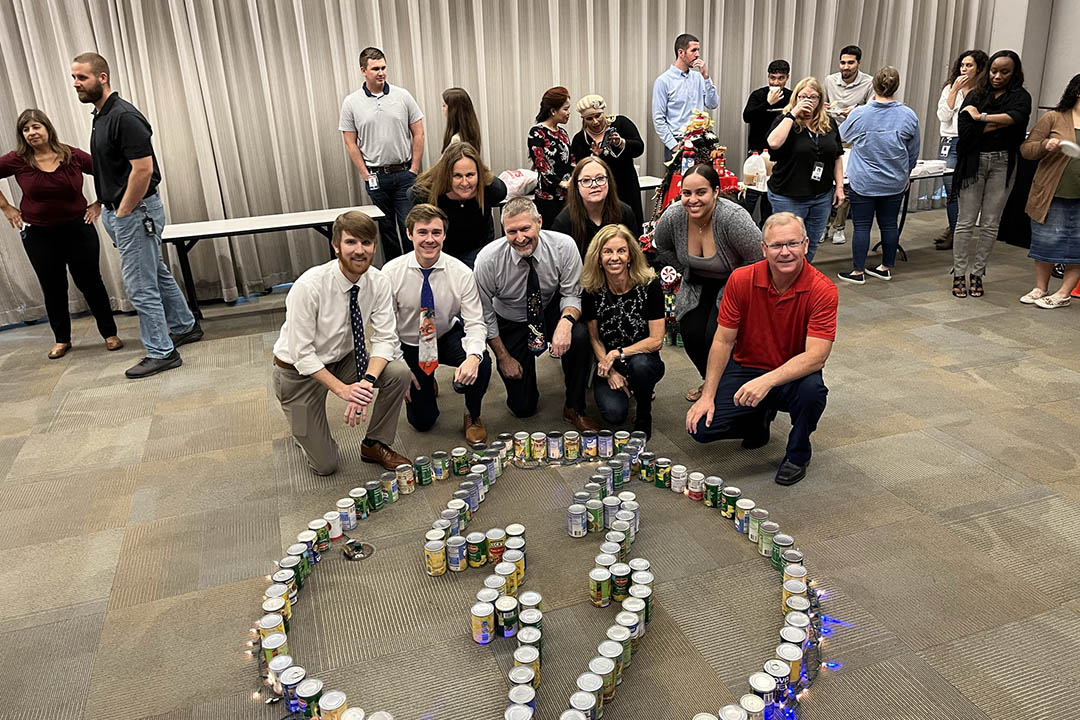 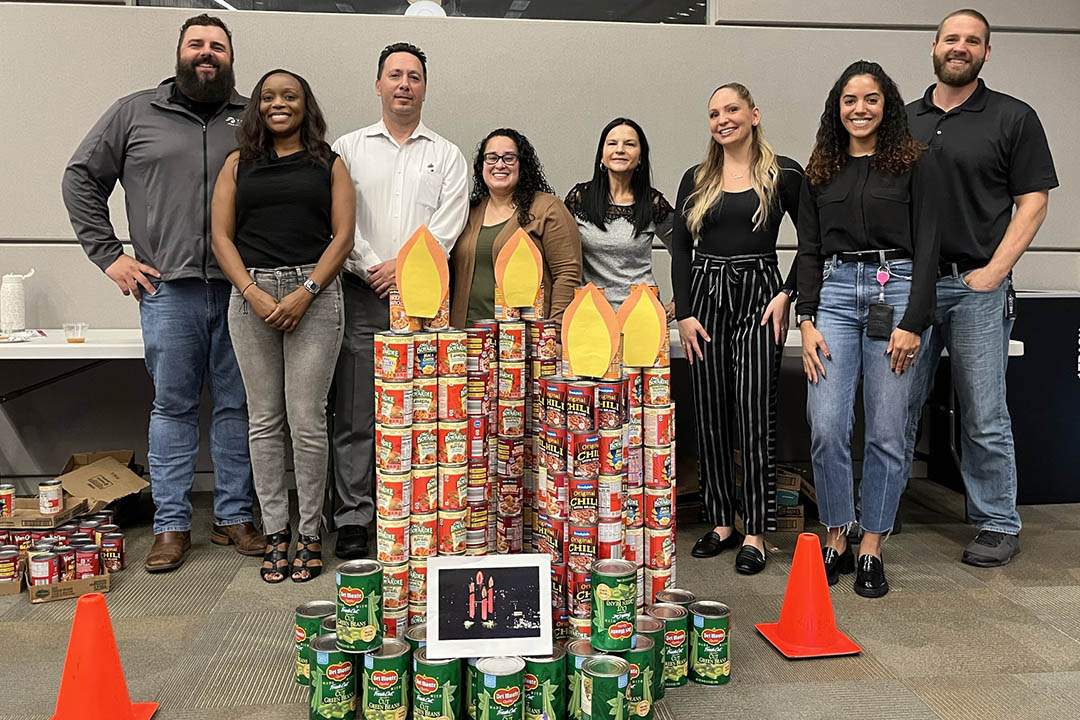 The Finance Department raised 2,240 pounds of food (the equivalent to 1,867 meals) for Feeding Tampa Bay at their recent can structure competition.