When an Ordinary Day Turns Extraordinary 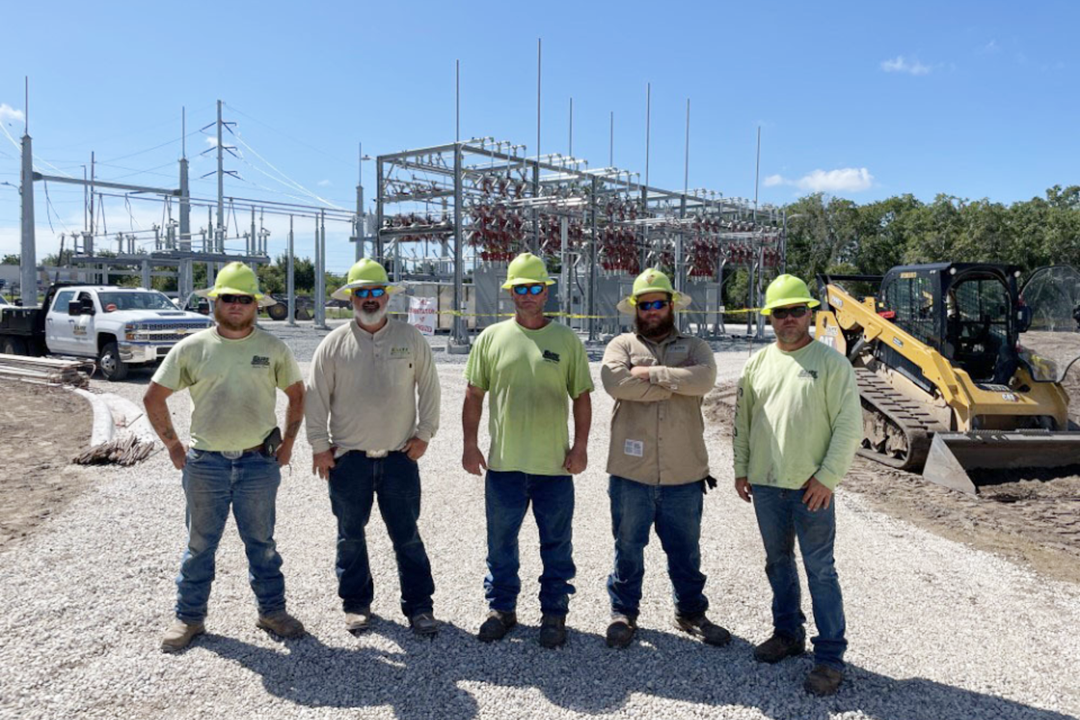 When the smoke alarm at Cherie Burroughs’ Riverview home unexpectedly went off, her three poodles did exactly what we are all supposed to do: exit the building. Turns out it was a false alarm and although two of her dogs came back home right away, Burroughs’ search for Gigi is not your typical search-and-rescue story.

“Gigi has a history of running off,” said Burroughs, a 68-year-old Rochester, New York, native who moved to Florida six years ago. “So, I went looking for her in the backyard where she always hides.”

When Gigi wasn’t in her normal hiding spot, Burroughs’ pursuit continued through the dense foliage behind her house. After searching for an hour and a half in Florida’s blistering summer afternoon heat, Burroughs became disoriented and felt like she had no way out.

“The entire perimeter was blocked off by barbed wire,” said Burroughs. “I didn’t know what to do, so I just started screaming for help.”

Fortunately for Burroughs, Lee Miller and his crew from a Tampa Electric contractor, Elite Construction, were nearby installing a substation on Tucker Jones Road. When they heard a faint voice from the adjacent woods, they decided to investigate.

“It sounded like kids playing,” explained Miller. “But as the guys and I walked over, we could see a hat moving through the brush and realized someone really needed help.”

It was clear to Miller and his team that Burroughs was exhibiting signs of heat stroke. The crew immediately removed her from the woods, gave her water to drink and poured some on her head and skinned knees. In addition to the water, the team comforted Burroughs by getting her inside an air-conditioned truck – both were safe ways to ease her body temperature.

As Miller drove Burroughs home, the significance of the moment began to kick in.

“We didn’t really think of it as heroic at the time,” said Miller. “But it is scary to think of what could have happened if we hadn’t heard her screaming for help.”

With Burroughs home safely, there was still one unsolved mystery: where was Gigi?

“Oh, she came home on her own after a couple of hours,” said Burroughs. “It turns out she was just in the neighbor’s yard the entire time.”

A few days later, Burroughs delivered homemade chocolate chip cookies to the members of the Elite Construction crew. A sweet, safe ending for a team of heroes who stepped up to save a stranger in danger.