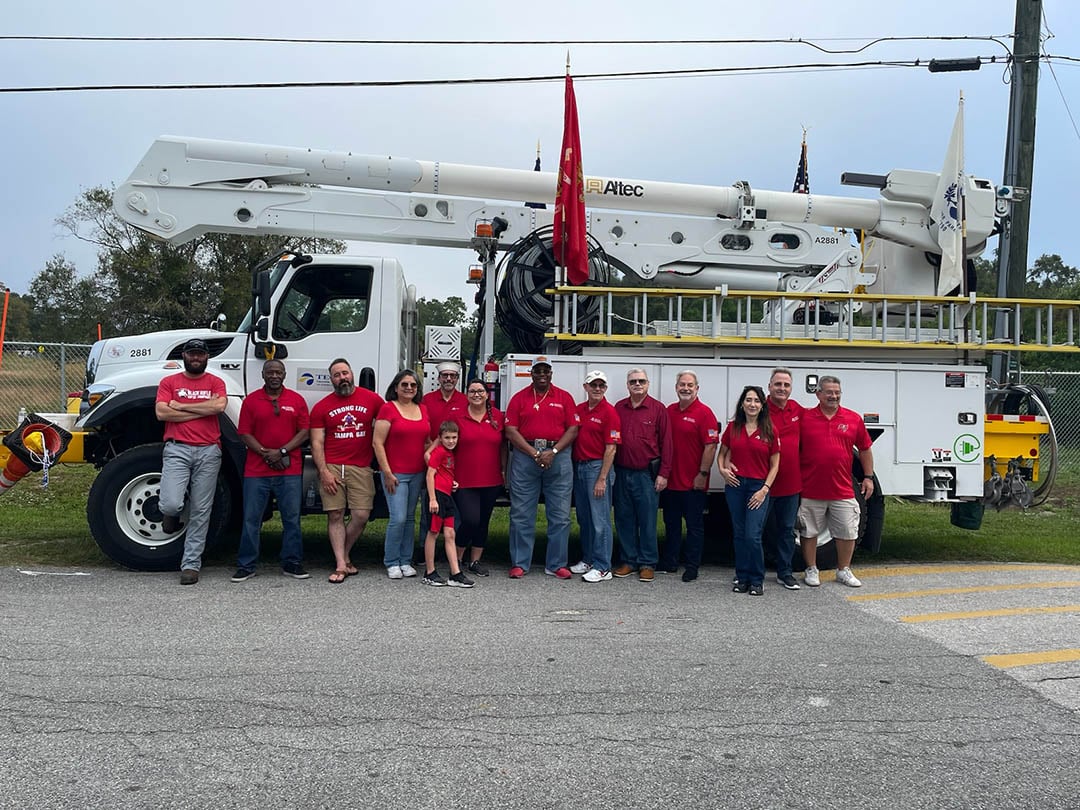 Music, cheering crowds and smiling faces are all familiar sights and sounds of any parade. Toss in immense patriotism, a few line worker bucket trucks and endless gratitude from the community and you just described the Tampa Bay Veterans Parade that took place in Town ‘N Country last weekend.

“Tampa Electric has sponsored and been a part of this parade for more than twenty years,” said Bruce Napier, Tampa Electric’s Senior Administrator for Learning and Organizational Development. “Prior to this year, only TECO veterans participated. This year, our TECO Veterans Alliance (TVA) Employee Resource Group (ERG), invited any at TECO and their family members to participate.”

Equipped with more than 3,000 American flags to hand out, TECO team members walked the parade route on Sat., Nov. 5. While they anticipated gratitude as veterans themselves, it was the level of appreciation they received as TECO employees that was unexpected.

“It was a source of pride to commemorate veterans -- and an extra source when parade attendees cheered and shouted appreciation for TECO,” said Sandy Clawson, Tampa Electric’s Ethics and Compliance Director. “There were many who stood up and clapped for TECO! One person yelled, ‘We love TECO! Thank you for taking care of us!’”

Sandy and Bruce are both veterans. As you can imagine, participating in this parade created many special memories for each of them. One of Bruce’s most memorable moments came when he attempted to show gratitude toward an elderly veteran along the parade route. The veteran quickly deflected the appreciation.

“I was handing an American flag to a 99-year-old World War II veteran who smiled and said, ‘thank you, TECO for all you do,’” said Bruce.

“There were several highpoints for me, like an elderly veteran saluting me when I handed him a flag, a young couple telling their child, ‘The flag is important so don’t drop it,’” said Sandy. “There was a chair-bound woman wearing red, white and blue whose hands trembled when she took a flag and said, ‘Thank you, Lovey.’”

Events such as this parade are a great reminder that TECO is deeply invested in the community. What matters to our community also matters to us.

“We don’t just provide power to a community, we are a part of the community,” said Sandy. “By participating in events that are important to community members and to our employees, we literally walk the talk!”

While we will never be able to show enough appreciation to our country’s veterans, know that we all admire and salute you. Thank you for your service and your sacrifice. 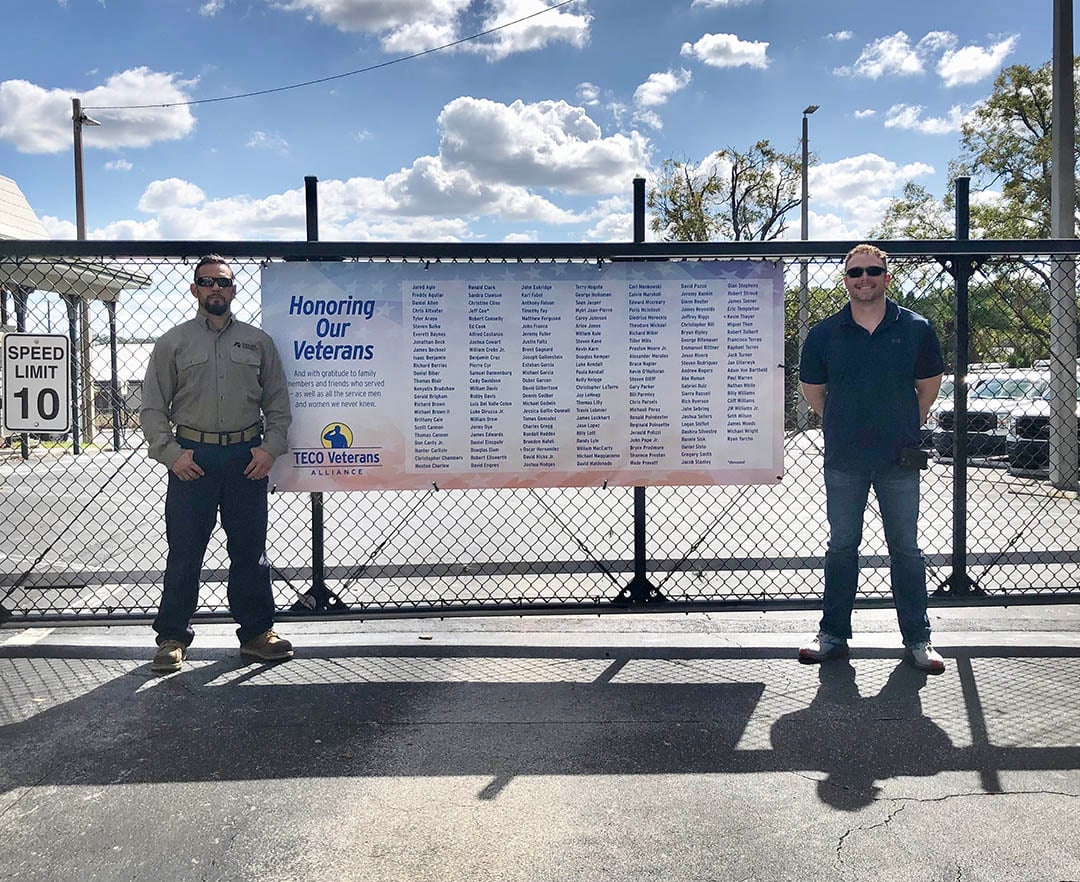 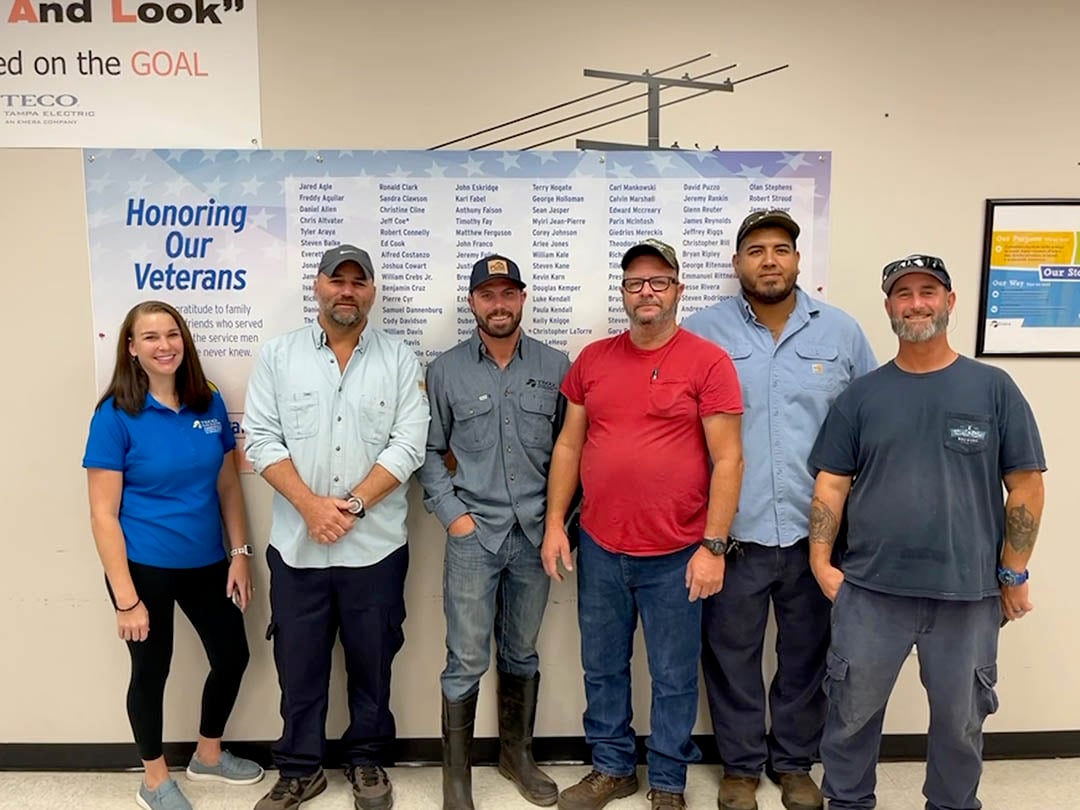 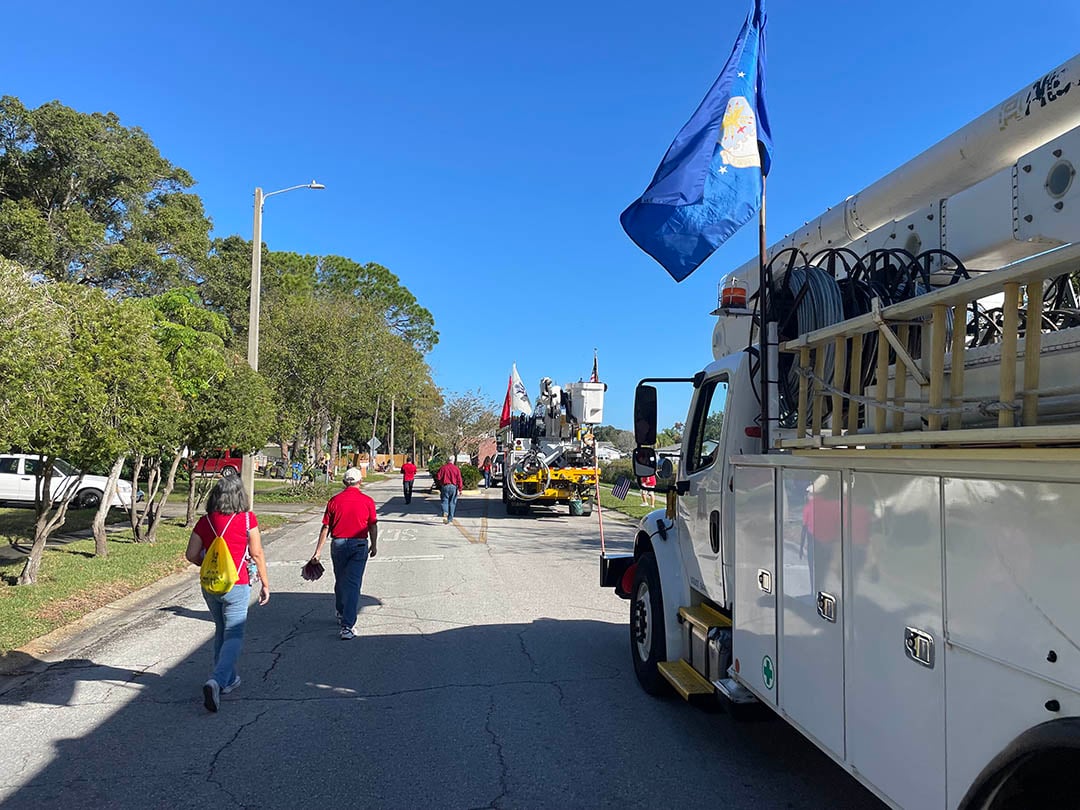 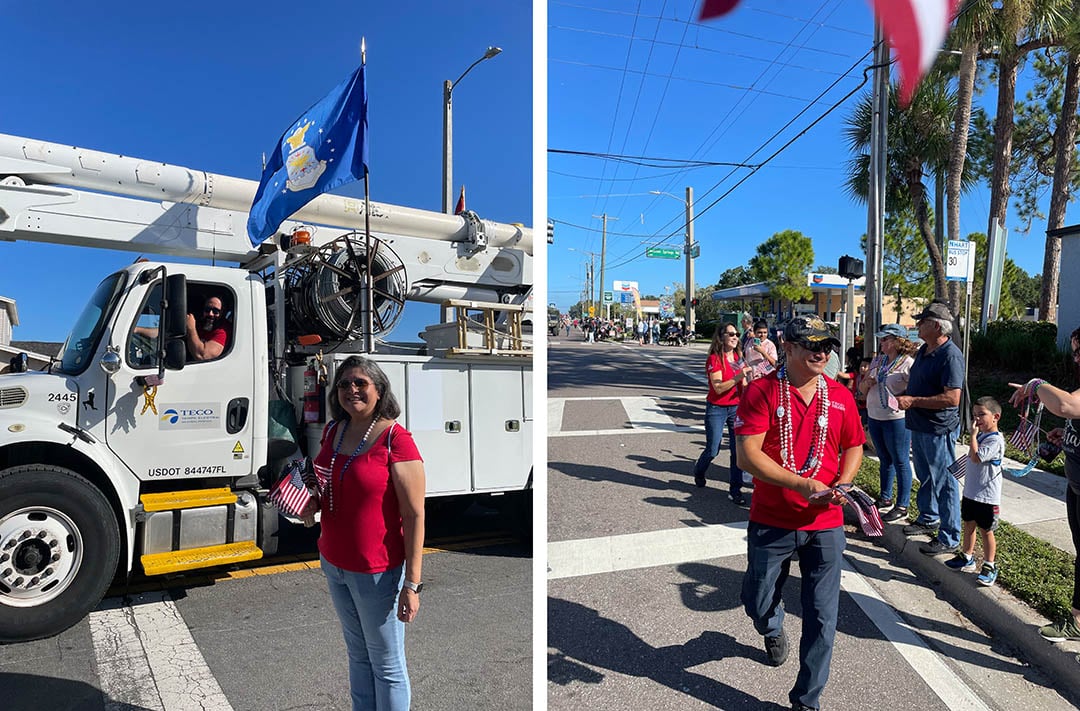