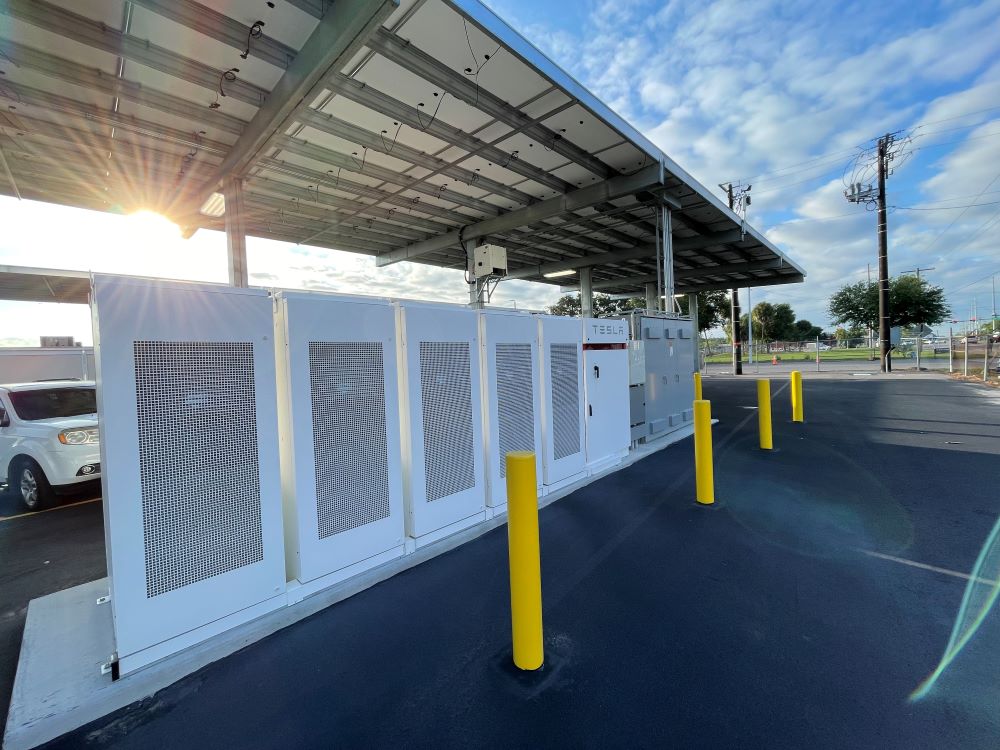 We’re putting the sun to work at our East Tampa facility off 78th Street. There, more than 2,300 newly installed solar panels absorb the sun’s rays to produce clean energy. That energy is then stored in commercial-grade batteries, used to charge the company’s fleet of electric vehicles (EVs), or sent to the grid that powers all customers. Called an Integrated Renewable Energy System (IRES), it’s the first of its kind in Florida, and is central to a five-year research pilot that will demonstrate how an integrated system can deliver benefits to all customers.

The IRES consists of five elevated solar arrays with a total generating capacity of more than 800 kilowatts – enough solar energy to power more than 125 average-sized homes. The system’s commercial-grade batteries can store nearly 1,200 kilowatt-hours of clean energy from the sun – enough to drive an EV from Tampa to Seattle – nearly 3,500 miles.

A demonstration and research center

A key objective of the pilot is to research how the IRES can be optimized to help reduce peak demand for electricity. Peak demand occurs when the majority of customers are using electricity at the same time. When optimized, an IRES can help reduce or offset overall demand, making it possible for Tampa Electric to satisfy demand with existing capacity. Doing so benefits all customers by improving grid reliability and keeping energy costs as low as possible.

There are two ways that an IRES helps during peak times:

If any other unforeseen event causes a prolonged outage, the IRES can also continue generating solar power to charge EVs and the batteries.

“We’re monitoring the system, evaluating capabilities and sharing findings with the Florida Public Service Commission,” said Susan Fitzgerald, supervisor of commercial programs for Tampa Electric. “As electric vehicles and battery storage become mainstream, we’ll likely look at developing programs that incentivize fleet operators to discharge the battery storage during peak times or alter the time of day that they charge their electric vehicles.” In early 2023, Tampa Electric plans to invite fleet operators and other customers to see firsthand how the IRES operates and collaborate on the benefits that an IRES can deliver.

The IRES is charging Tampa Electric’s fleet of plug-in electric vehicles, including 20 battery-powered bucket trucks with advanced battery technology that eliminates the need for their diesel engines to elevate the buckets. Instead, each truck’s battery system produces more than enough power to elevate and control its bucket. Learn more about our green fleet. 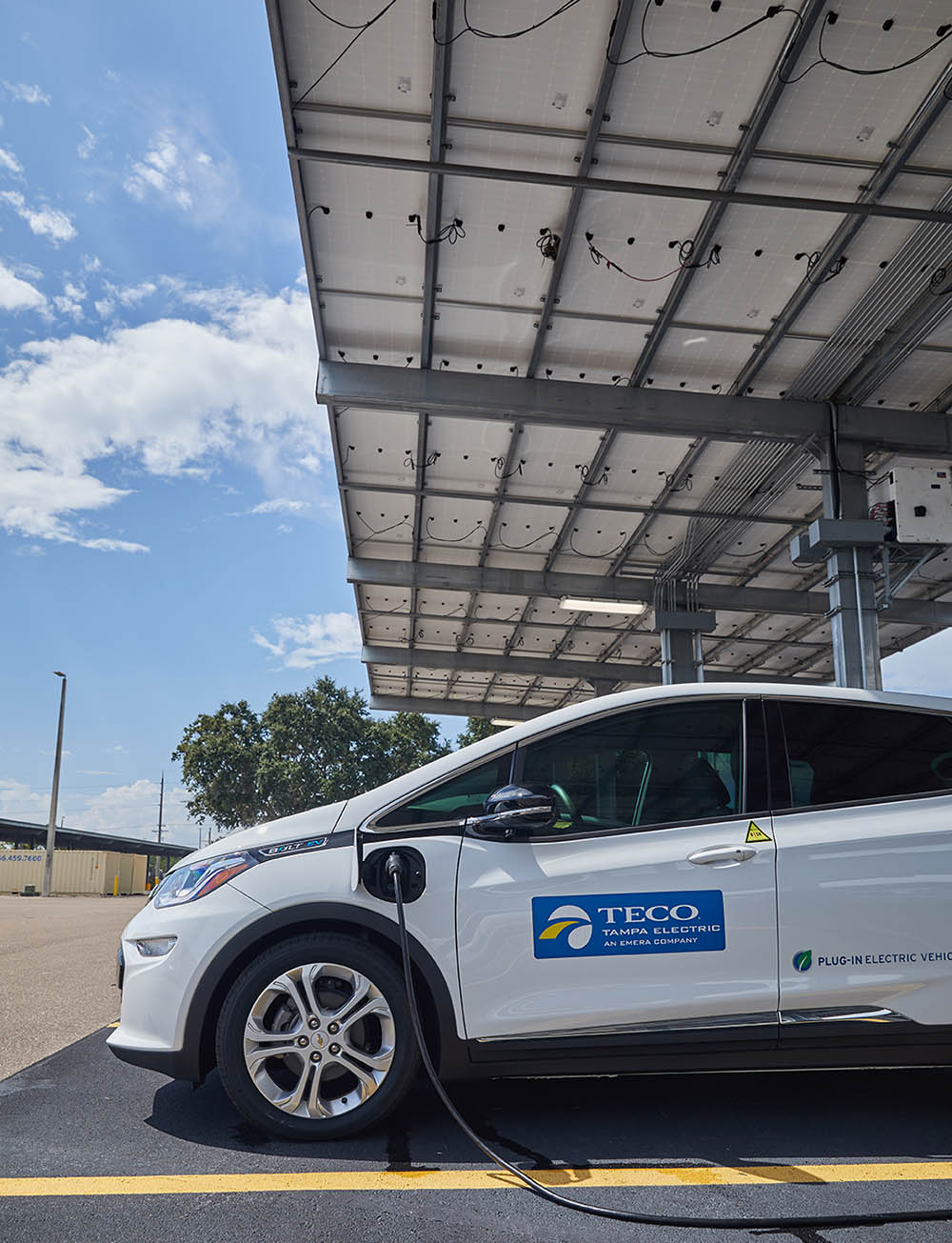