Record-Breaking Turnout for Tampa Electric’s Run for the Manatees 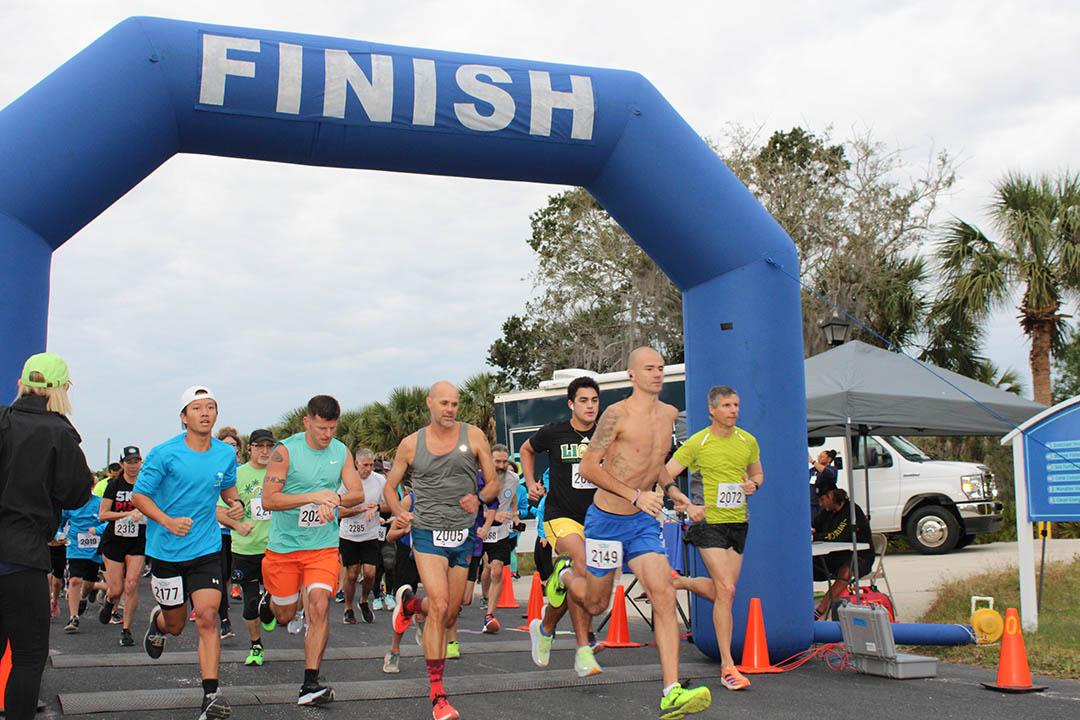 More than 360 participants registered for Tampa Electric's Run for the Manatees on Saturday, Jan. 21.

While Stephen Hansen served in the military, running was his least favorite form of training. In fact, it wasn’t until his daughter started running in school that he became interested. “My oldest child was excelling in physical education and was running constantly on the track. So, that was my way to connect with her,” recalled Stephen. “The school allowed me to get on the track with her and I started running."

After 11 weeks, Stephen was hooked and competing in half marathons. Today, the father of five runs in races across the state – including Tampa Electric’s Run for the Manatees on Saturday, Jan. 21 in Apollo Beach.

“I ran it last year. The kids love coming to the Florida Conservation and Technology Center (FCTC) and seeing the manatees at the Manatee Viewing Center (MVC),” said Stephen. “I love the course. I love the people. It is for a great cause – the manatees. I kayak here and see some of the manatees with injuries. Just knowing that proceeds go to help them means a lot. The canal is a safe haven for them. That’s absolutely a huge win!” 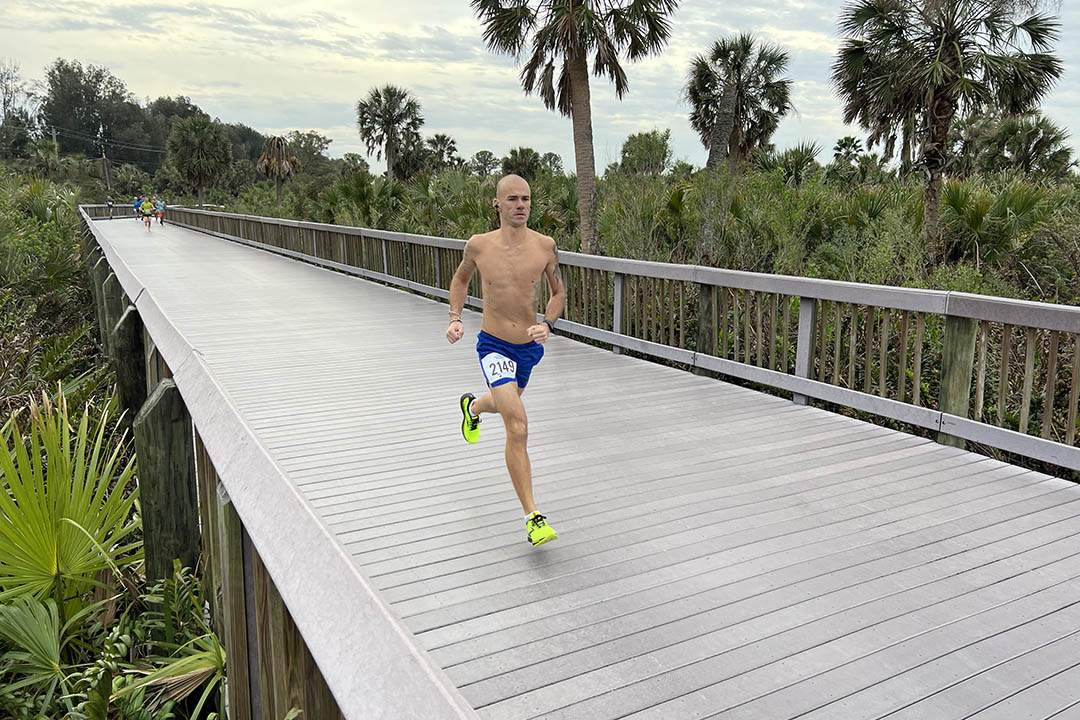 After the race, everyone got to enjoy post-race snacks, before exploring the rest of the campus. “The race drew many new faces to our campus, and we were able to spread the word about FCTC as well as the Manatee Viewing Center,” said Stan Kroh, Tampa Electric Senior Manager of Land & Stewardship Programs. “Runners got the opportunity to learn about the importance of water quality in Tampa Bay and healthy habitats to support healthy manatee populations, and how the Manatee Viewing Center is an important state and federal manatee sanctuary. We are proud to be able to continue our partnership with Tampa Bay Watch."

“The runners just love the unique route that takes them on a scenic nature path that is also suitable and safe for running,” said Tampa Electric Environmental Administrative Supervisor Tracy Mortellaro. “They also appreciated the MVC opening early so they could get in an early visit with the manatees before the crowd.”

For Stephen, the day meant even more knowing he was going home to a house full of kids because what started as a way to spend more time with them turned into his newfound passion. “They’re excited. They push me,” shared Stephen. “When I come home, it’s like being a football player. That’s what I look forward to after races like these."

A huge thank you to nearly 40 volunteers who came before sunrise to help pull off a successful event. “I thought the race was an outstanding success. We had perfect weather and the right team of dedicated volunteers to make the event our best one yet,” said Stan.

Way to go team! We appreciate your help to benefit the Manatee Viewing Center’s beloved manatees while contributing to Tampa Electric’s conservation and volunteerism efforts. 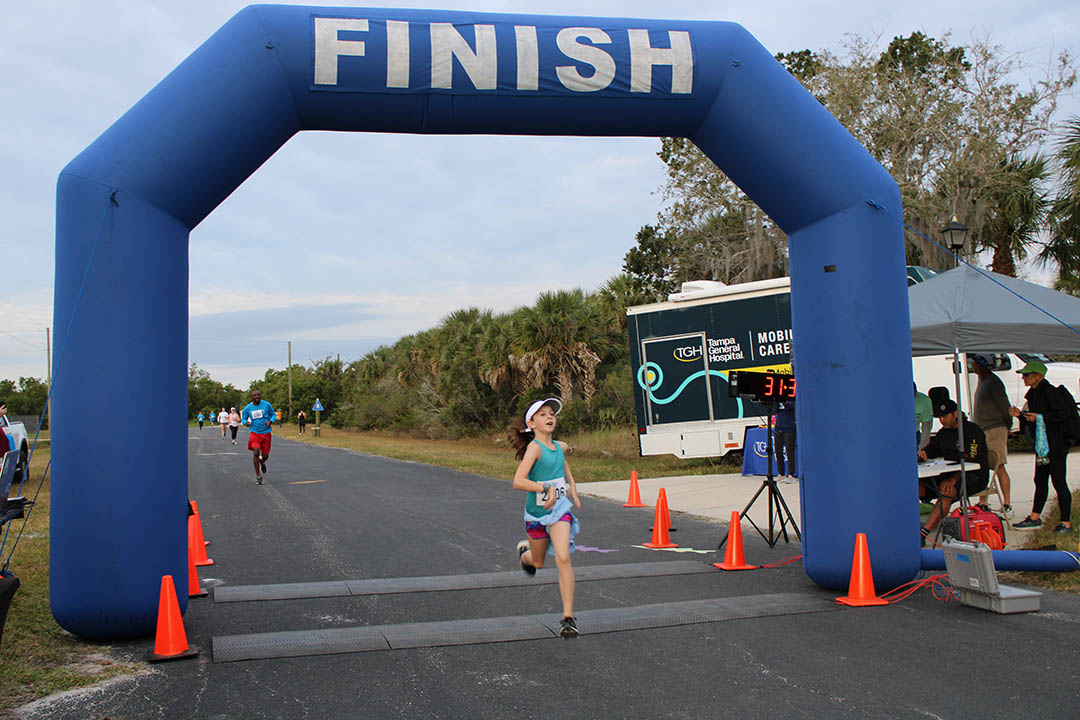 Runners of all ages earned a beautiful finisher medal after crossing the finish line. 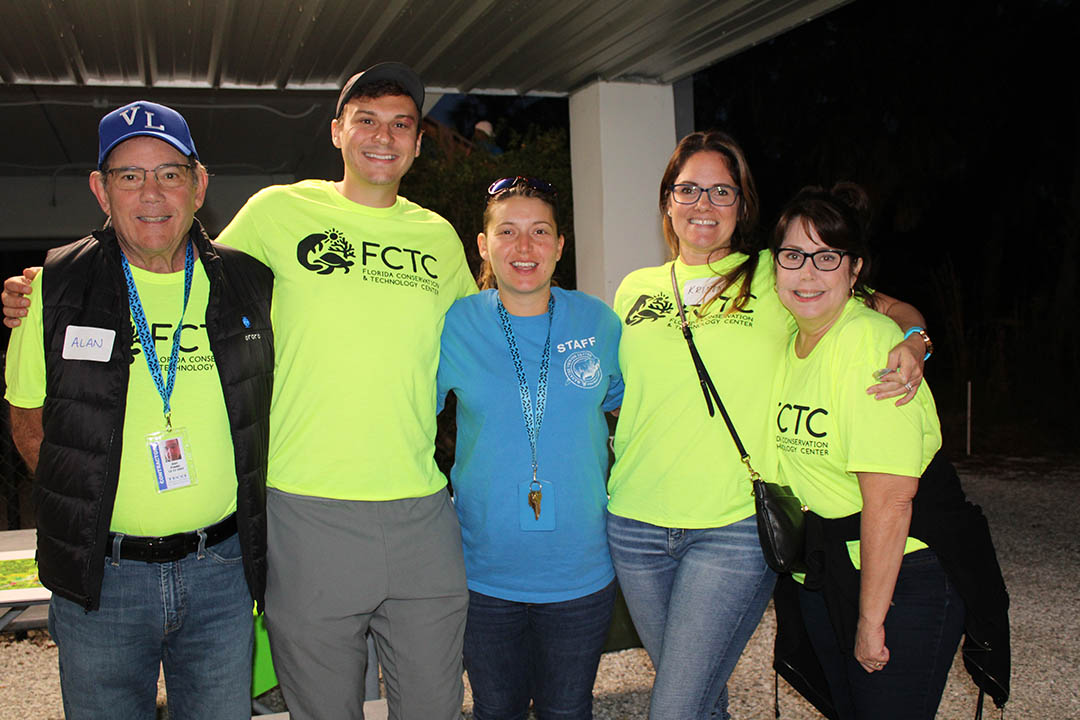